Will astrology make your wedding day a lucky one? 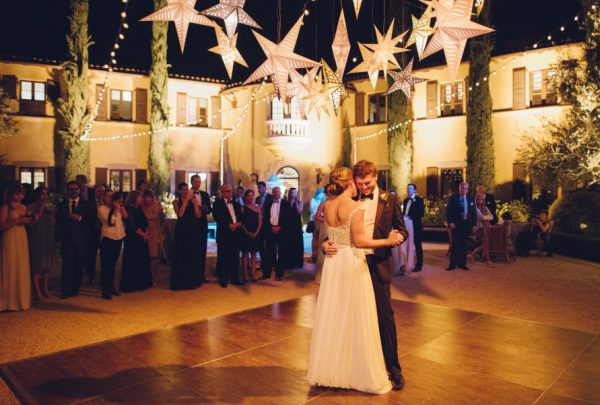 The study of the planets and stars and the effect they have on humans has been studied since the time of the Greeks.

Predictions are produced based on the position of planets, stars as well as the sun and moon.

Astrologers suggest that the date, positions, and movement, of these celestial bodies, can have a massive impact on your work life, love life, and everything in between!

And this could be especially important when you are choosing the date for your wedding day. According to astrology, there are certain dates and periods and that are considered much luckier than others!

We’ve found seven lucky days to consider getting married on if you believe in astrology – and even if you don’t!

The planet of love, Venus, will be well placed for observation in the night sky as it reaches its greatest elongation west. Venus will be at its most powerful, bringing a harmonious influence that is perfect for a wedding day.

A full moon brings harmony and will grace your union with tender romance and blissfulness. The January Full Moon is often called the Wolf Moon after they baying of the wolves in winter, but don’t let that put you off. The full moon on the 21st should bring balance and mark the culmination of plans.

The first Supermoon of the year brings with it even more luck and strength than a full moon. Looking larger and brighter from earth it will also serve as a great backdrop for you as you dance under the light of the moon.

The Native Americans called this the Full Strawberry Moon, as it marked the beginning of the strawberry harvesting season. However, cultures in Europe also commonly referred to it as the Honey Moon or Mead Moon for marital traditions. Some think the name derives from ancient European marriage customs such as the tradition of taking the “sweet” holiday during the month of June’s full moon.

This full Moon corresponds with the time of harvesting corn. This is the full Moon nearest the autumnal equinox and marks the end of summer and the change to autumn. The seasons changing are a lovely time to mark your wedding day and seal the deal on life plans.

December is the month when winter truly begins, with long nights, rest and hopefully recuperation for body and soul. The most common name for this Full Moon is the Cold Moon – reflecting the dark, cold nights, while the Anglo-Saxon name was the Moon Before Yule, which is the ancient celebration around the winter solstice.

The Winter Solstice is the first day of winter and a time of inward reflection. Astrologically, the Winter Solstice marks the moment the Sun – the ruler of the zodiac – moves from adventurous Fire sign Sagittarius to the steady Earth sign of Capricorn. It’s a time for light and laughter, but also a deep reflection – perfect to celebrate your love and your wedding day.

Now you’ve set the perfect date, let us light up your wedding day with beautiful music, uplighting, and entertainment.